Estate planning can be an immense blessing to any family at a time of loss. Yet you would be hard-pressed to find any family who would rather sit around the table discussing estate planning than enjoying the day outside. 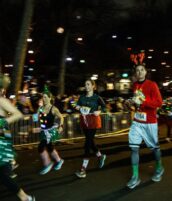 When the trailer filled up, volunteers showed up, boxed the food, and hauled it off to food banks. 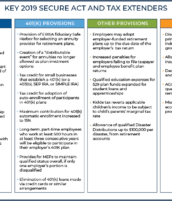 President Trump signed The SECURE Act of 2019 (Setting Every Community Up for Retirement Enhancement of 2019), into law on December 20, 2019. While it has a far-reaching scope (see the chart below from Michael Kitces’ in-depth summary,) in this post, I’ll focus on a few provisions likely to affect most workers, retirees, and 401k

END_OF_DOCUMENT_TOKEN_TO_BE_REPLACED

You can learn a lot from ice cream if you pay attention. A few years ago, a brother-sister team launched the Simply Scrumptious Ice Cream Pontoon Boat on Lake Tillery. Its bright yellow bimini top matches the paneling which displays a rotating list of homemade ice creams, custards, and cookies. It really hits the spot

END_OF_DOCUMENT_TOKEN_TO_BE_REPLACED 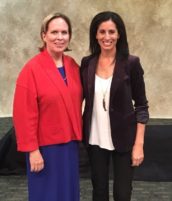 UPDATE 11/13: It thrills me to no end to wake up today and read about Bill and Melinda Gates’ $100 Million commitment to curing Alzheimer’s. You can read about why he’s chosen to fund Alzheimer’s research on his blog. As a Rotarian, I’ve seen firsthand what their foundation has done to bring us “this

END_OF_DOCUMENT_TOKEN_TO_BE_REPLACED

In 1976 I went to work as a stockbroker. Five other brokers and I shared a bullpen, the perfect Petri dish for the Herd Mentality. Every two desks shared a stock quote machine. We were in constant earshot of each other and “dialed for dollars,” almost in unison. When one of us hit a dry

END_OF_DOCUMENT_TOKEN_TO_BE_REPLACED 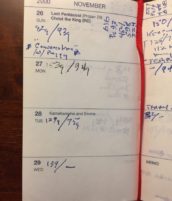 Advanced estate planning can’t include every “what-if” scenario. In my wife’s family things didn’t exactly play out like they’d planned. Her parents each wrote their own obituary years before their deaths…or so we thought. It turns out that Anne’s mother authored both obituaries. Her mother’s read that her husband “preceded her in death” and his

END_OF_DOCUMENT_TOKEN_TO_BE_REPLACED

Seven years after the Obama Administration proposed a fiduciary rule to protect investors’ retirement accounts from conflicted advice, the DoL Fiduciary Rule finally went into effect June 9, 2017. What does that mean for investors? Imagine a world where no school system owns their own buses. All busing has been privatized and the DoL Fiduciary

END_OF_DOCUMENT_TOKEN_TO_BE_REPLACED 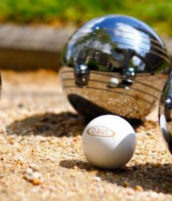 Petanque Pétanque is a Bocce-like game that is fun-loving, raucous and peasant-inspired with large doses of heckling the opposing team. This winner-take-all game includes bragging rights and the losing team furnishes Veuve Clicquot champagne. Below I will show you our discovery of this game and how it often relates to financial literacy. Petanque Discovery Through