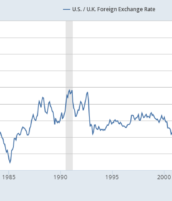 Lost in the Woods On June 24th, more than 30 million citizens of the United Kingdom turned out to vote on the issue off their sovereign state’s future relationship with the European Union. With a surprising 52% majority, the “Leaves” won and the “Brexit” wheels were set in motion. According to The Economist, in the END_OF_DOCUMENT_TOKEN_TO_BE_REPLACED