What does that mean for investors? 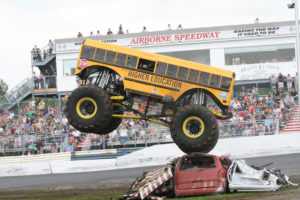 Imagine a world where no school system owns their own buses. All busing has been privatized and the DoL Fiduciary Rule governs how school bus drivers operate. Before the new rule, bus drivers always had to obey criminal laws (no running red lights or stealing kids’ lunch money) but besides that, there was a lot of grey area.

The standard of care for many drivers was “suitability,” an unclear and debatable definition. Suitability meant that if the driver wanted to make some extra cash and deliver a couple of pizzas on the way home from school with a bus full of kids, they could. Similarly, suitability meant that the driver could get paid more by the local arcade to advertise to the students on the bus. Or maybe it meant they simply take a phone call but rarely do they text while driving.

In short, suitability meant that the driver could operate within the law and still put their own or the bus company’s interest before the kids’.

Even in this world of “suitable” bus drivers, there were always “fiduciary” bus drivers who put their kids’ best interests before their own and before their company’s. They would do the right thing at all times and would sign an oath that said as much. Since the kids pay per mile, a fiduciary bus driver would take the shortest route home. Or if there were a better bus, the driver would help the kid take that bus. A real fiduciary bus driver would also keep an eye out for bullies, give a kid an encouraging word when needed and wait to make sure the kid got inside their house before driving away. Acting like a real fiduciary cannot be mandated.

Sure, you could find these fiduciary drivers working for the “big” bus companies, but more often than not, you would find them working independently. They would form and be members of organizations like CFP, CFA, FPA, SFSP and NAPFA that promoted a fiduciary duty. Before the DoL rule, all fiduciary advisors had the choice to paint their “FIDUCIARY” in big letters on the sides of their buses and demonstrate to clients how they adhered to that standard…even if most of the kids had no idea what it meant.

We also need to point out that there is a smaller subset of fiduciary bus drivers who call themselves “fee-only”. These bus companies are only paid directly by their kids, never by selling a product or based on the routes they take. The fees their students pay are 100% transparent and are the only source of revenue for the bus company.

A New Law in Town…Sometimes

In short, the new DoL rule states that bus drivers must act like fiduciaries, but only with some students. Currently, only retirement accounts (IRAs, etc) are covered under the DoL rule. So while all students (all account types) have the option to hop on a “fiduciary” bus, “suitability” buses can only pick up certain students (non-retirement, or taxable accounts.)

The biggest problem we see is that now all advisors and firms are starting to paint “FIDUCIARY” on the side of their buses, even if they only operate like that 1) with some of their accounts 2) because they are required by law and 3) while adhering to the minimum standard of the law rather than a founding and far-reaching principle of their firm.

Of course, the rule has brought about some good. We have made a fiduciary oath to our clients since 1988 and never before have so many clients and prospective clients asked us about being a fiduciary or mentioned they are looking for a fiduciary advisor. Even if the rule is not perfect, just having the conversation is a step in the right direction.